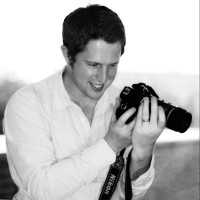 Cracking read Rob, forgotten how much we’d done on the day to be honest as it seems a while ago. Some lovely processed images from the day which you must be proud of, if I had to pick a fave it would be the first Waterfall shot where we found that strategically placed leaf and the wet rocks. Love the early light on Blencathra with Castlerigg and as you know the Isthmus Bay ones are always a joy. Also it was well worth the trip to Ullswater chasing the light as you have some lovely shots of Wall Holm Island, Norfolk Island and the gnarled old stump. Thank you for your kind words and your company through the day, Phil.

Thank you Phil – I owe it all to you. The day was pretty action packed and far surpassed my expectations. First class 🙂

A fabulous write-up here Rob, along with some wonderful images. What a great Xmas present – the gift that keep on giving, learning what you did from Phil. 🙂

Thanks again Jeanie – Can’t wait to get back out there

Really amazing shots! Rob, you are a pro!

Thanks Jason! I do love this hobby 🙂

A very good write up and a series of lovely shots from your day.

Great write up, and some amazing shots, I wish I had the same eye for composition, I am going to have to get in touch with Phil, I think a 1 to 1 could be what I need to get me on the right road again. Thank you.